Charm Me by Tena Stetler


Summer Dawn Riley’s an extraordinary elemental witch whose troubled past haunts her. She’s created a calm life for herself teaching yoga and keeping people at a distance. Her life takes a one eighty degree turn when she enrolls in a women’s weapons class and meets ruggedly handsome Devlin Sawyer.

Devlin, a former Navy Seal, has sworn off women after two long-term failed relationships, but there is no denying his attraction to Summer. She intrigues him like no other woman ever has. Despite her attempts to ignore him, Summer is drawn to Devlin. His magic signature is strong, but he’s no warlock. Will Valentine’s Day magic find them a future together?

I enjoyed this story very much! Devlin is a dream hero, retired Navy SEAL, half were-wolf, all protector. While he could have gone over board on the protector front, he respected Summer's, the heroine, need to learn to protect herself and the authority with which she lived her life. They both have secrets, and that's okay. Their secrets don't keep the romance from sparking, so there was no possibility for any kind of big misunderstanding to get in the way. They talk to each other! Whodathunk?

Did I mention there was a dog? I'm always a sucker for a dog in a story! 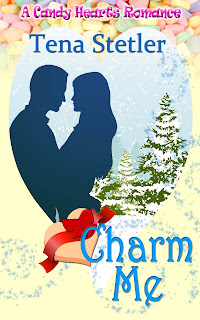