Me + You by Brenda Gayle


Teacher Lori Tait has always wanted a family, but now she's 40, she’s pretty much decided all the good men are taken. Instead, she devotes herself to her students, particularly one little girl whose struggle with math seems inconsistent with an otherwise brilliant and artistic mind.

Mark Wilder hadn’t planned to become a father, but when a fling resulted in his daughter, Grace, he whole-heartedly embraced the role. Raised in a family of boys, what does he know about women and girls? Once he learns of Grace’s inability to comprehend basic math, he welcomes the role of tutor as a way to connect with his daughter; the opportunity to spend time with her sexy teacher is an added bonus.

When Lori cracks the mystery of Grace’s problem Mark’s world is thrown into turmoil; he’s the last person who can help his daughter. He pushes everyone away, confirming Lori’s theory about men. Grace, however, has other plans. Using her new-found understanding of math, she sets out to prove to her father and teacher that, together, they add up to the perfect match.

I loved this story! I was one of those kids who couldn't do math, in a time when if you were a girl and was quiet and well behaved, the teachers ignored you. Nobody even had a clue I couldn't do math. When I finally got a diagnosis of ADD confirmed, the psychologist diagnosed Dyskalkulia. I can add, subtract, and multiply. I can't do division, especially long division.

How I wish I had had a teacher like Lori! She's warm and an advocate for her students. Mark is a good father and his daughter's diagnosis reminds him of all his supposed failings. Lori and Mark have their problems and they work through them to make a family: Lori, Mark, and his daughter Grace.

You have to read this story! It's totally made of awesome! 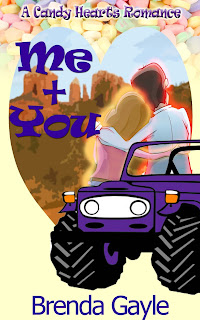